A brief introduction to Wu‑Yung Hsu

Some contents of this page were adapted from a research thesis written by Jian‑Hong Su. 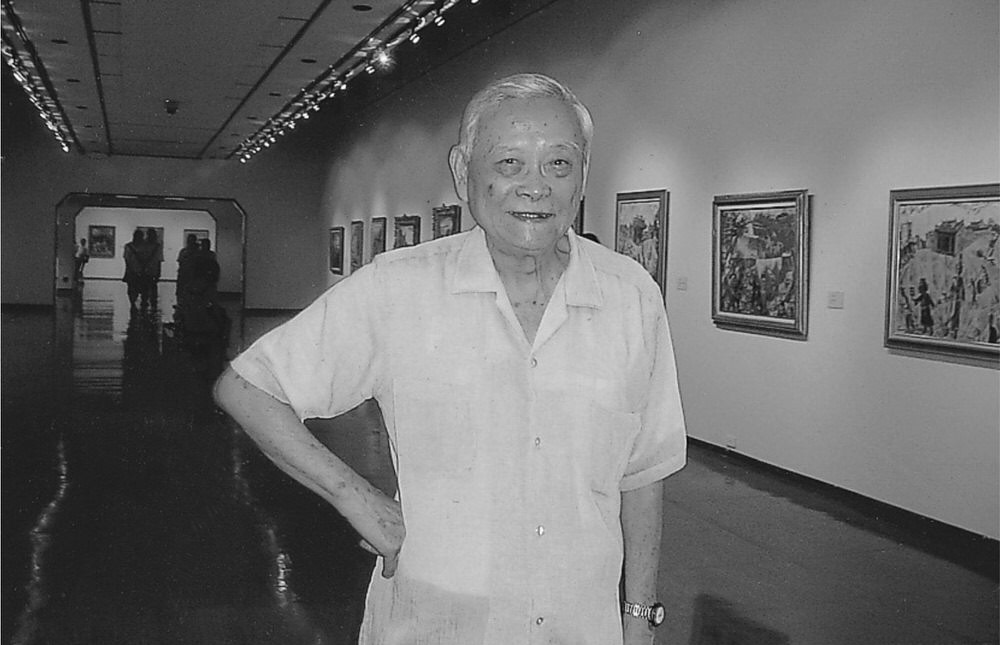 Wu-Yung Hsu was born in Tainan City in 1920. He grew up during the Japanese occupation of Taiwan, and received a Japanese education. During his time at Taipei High School, he was taught by art teacher Shiotsuki Tōho (鹽月桃甫), who greatly influenced his desire to pursue arts. In 1941, he graduated with honors and was admitted into Tokyo Imperial University, School of Medicine.

In order to continue his art education, he joined Tsuishumai (踏朱會), the art society of the School of Medicine, and was mentored by Higuchi Karoku (樋口加六), a member of the Dokuritsu Fine Arts Society (独立美術協会). While at Higuchi's studio, Hsu practiced charcoal sketches, mostly of nude portraits, laying a solid foundation for painting. 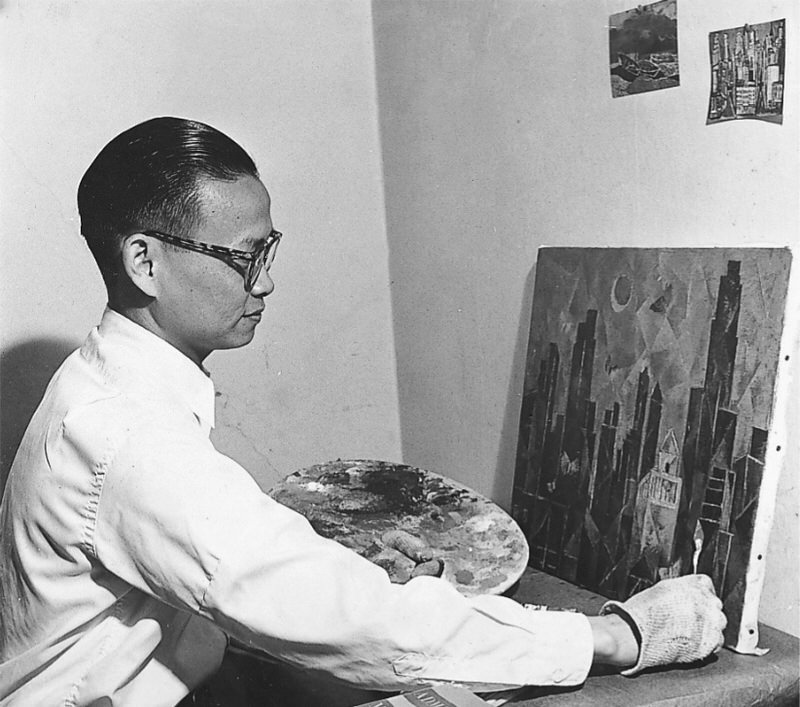 In 1943 while in medical school, Wu-Yung Hsu participated in his first exhibition. The Crossroad symbolized the artist at a crossroad, wondering where to go to next in life. It was selected for the 13th Independent Art Association (Dokuritsu) Exhibition held at The Ueno Royal Museum in Tokyo. At the time, Hsu's art teacher told him that he would be better suited as an artist than a doctor.

Encouraged by this experience, at age 24, Wu-Yung Hsu was determined to continue his pursuit in art. In 1944, he graduated from medical school and continued his medical residency.

In 1945, WWII ended and Taiwan was transferred to the control of Republic of China government. In 1946, Wu-Yung Hsu returned to Taiwan and married Shu-Hsiang Hsu. The young couple first settled in Alishan of Chiayi County where Hsu practiced medicine. Later, the couple relocated to Kaohsiung and Tainan. 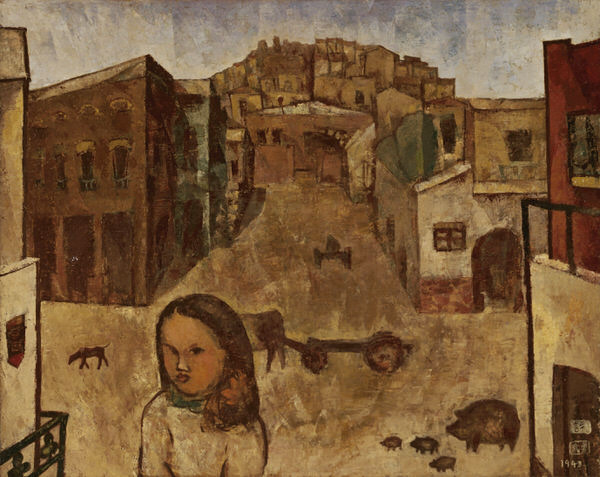 In 1947, the February 28 Incident occurred, Wu-Yung Hsu's friends and relatives were among those who were killed. One day while running errands, Hsu witnessed a public execution held at the Chiayi Railway Station. The subsequent White Terror period followed, the Taiwanese intellectuals of the time were prosecuted and silenced.

In 1952, Hsu passed the exam to obtain a US public scholarship to study in the United States. He studied Public Health at UC Berkeley. Using his time abroad, he traveled throughout America to visit different art museums, getting to know Western art.

In 1953, Wu-Yung Hsu held his first solo exhibition at Lucien Labaudt Art Gallery in San Francisco, becoming the first Taiwanese painter to held an exhibition in the US. Upon returning in to Taiwan, his artworks were shown at the annual Taiwan Provincial Fine Arts Exhibition, where A Rural Village (2) won the highest honor at the 10th Provincial Exhibition. In the subsequent decade, Hsu presented Cubism paintings at each annual exhibition, cementing his place as a pioneer of Cubism in Taiwan. 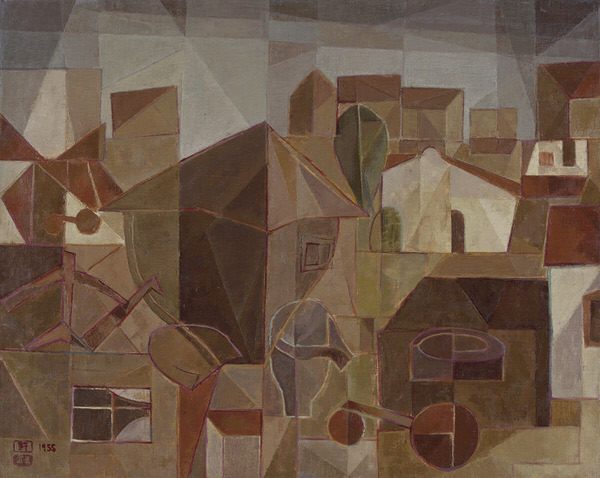 Returning to Taiwan at the completion of his studies, Wu-Yung Hsu continued to work at the Lujhu Township Health Center in Kaohsiung. However, in order to participate in more of Taiwan's art scene happenings, Hsu decided to relocate to Taipei City and settle down. At 46, he opened Wu-Yung Clinic in Taipei, where he continued his day job as a medical doctor on the 1st floor clinic, while continue to paint in his art studio on the 2nd floor. Hsu never gave up his dream of being a full-time artist. He used his income from practicing medicine to maintained his creative pursuit and taking care of his family.

During this period, Wu-Yung Hsu also began to express in his own style of painting—the "Romanticism" (羅曼主義). In 1987, Hsu was diagnosed with colon cancer. Upon making a full recovery after the surgery, he had the realization that life was fleeting and that he had limited time remaining to pursue his own ideals. Hsu decided to retire from the medical profession and become a full-time painter. 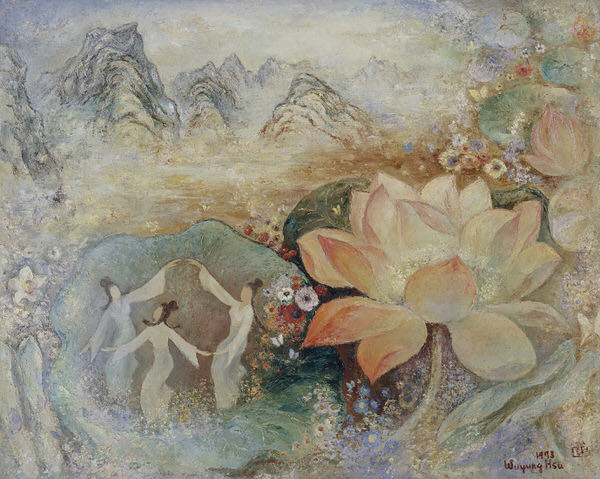 As a doctor who had witnessed life's suffering and illness on a regular basis, Wu-Yung Hsu often said, "the life of one's body always comes to an end in an instant, only art is eternal". He believed art was the only medium to pass on one's ideal and thoughts, forever.

After retiring from practicing medicine, Hsu cherished every moment of his life to devote himself to his creative pursuit as an artist. His artworks preserved and recognized his love to this world, to this life, and to Taiwan. Wu-Yung Hsu published his final art album in 2013, which represented as a summary of his life's work. In 2016, he fell ill and passed away in Taipei City at the age of 96. 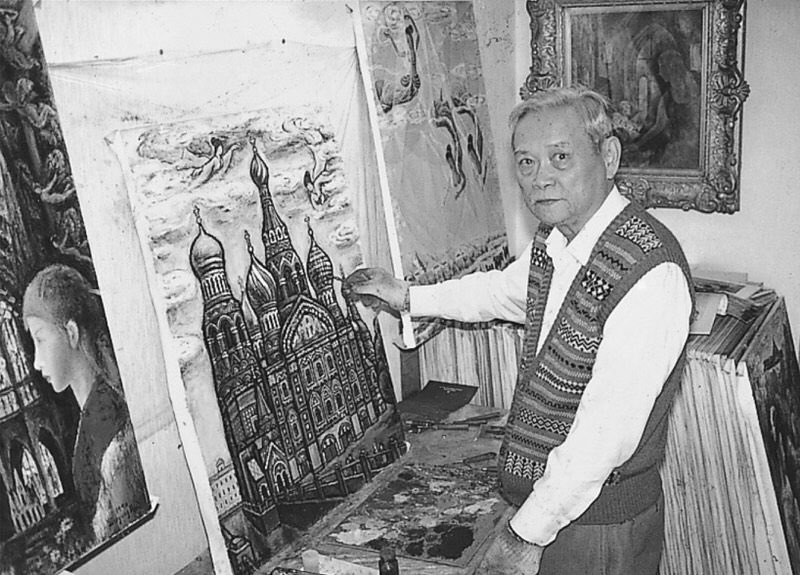 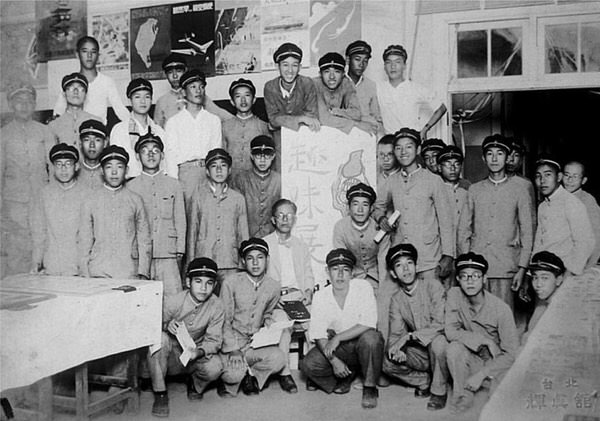 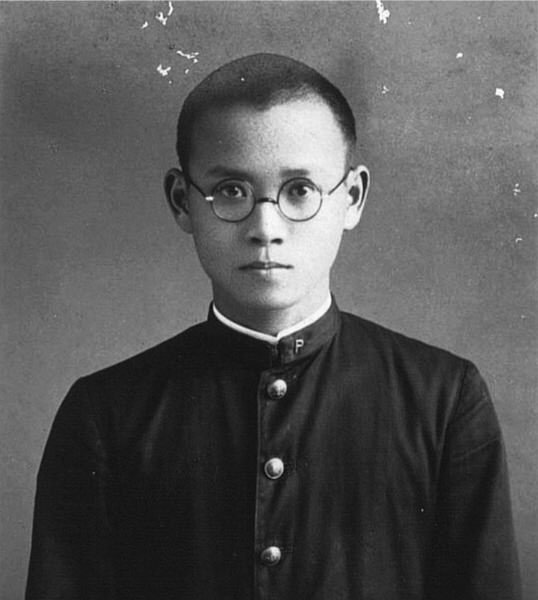 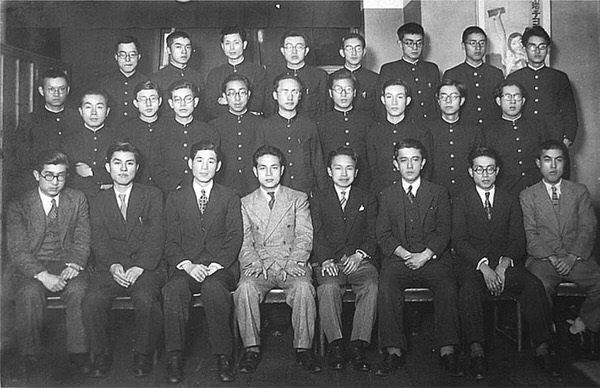 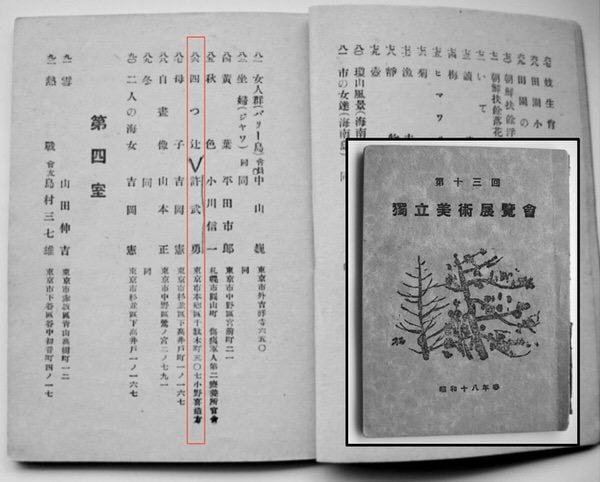 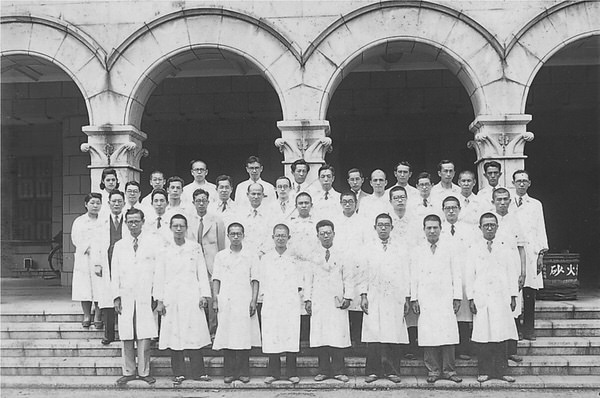 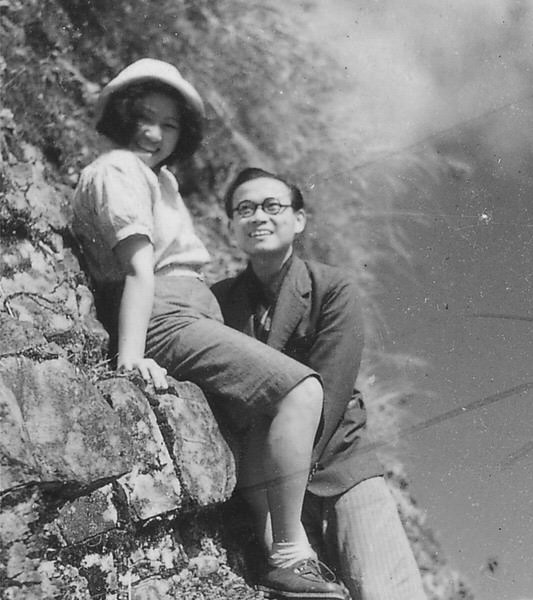 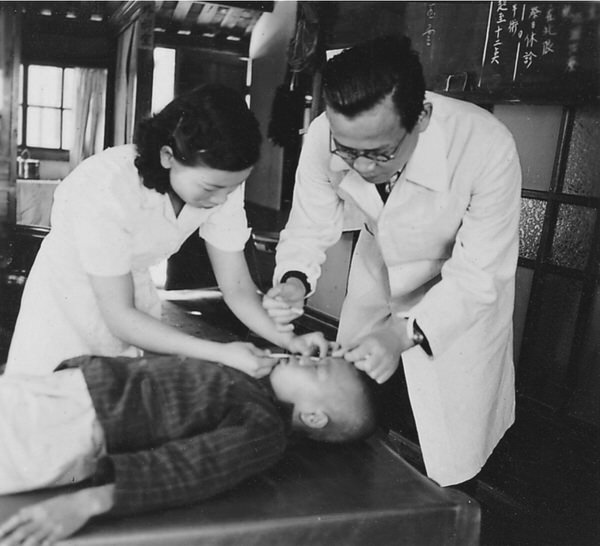 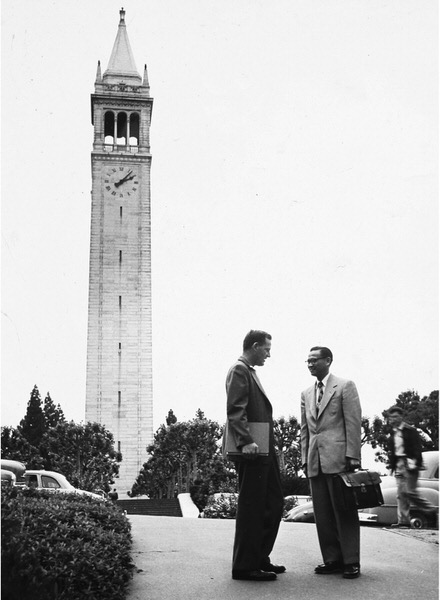 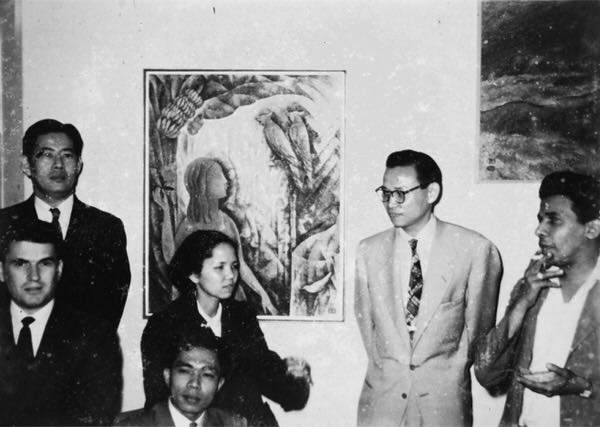 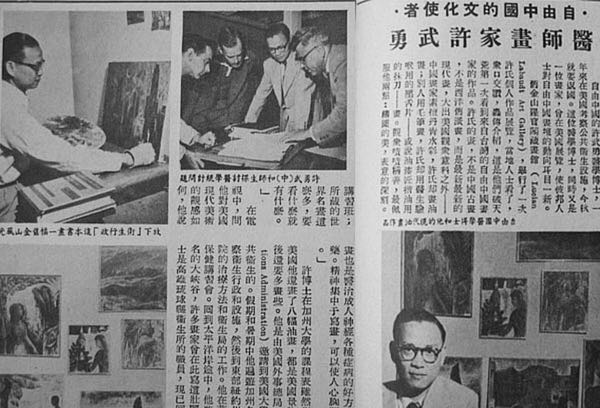 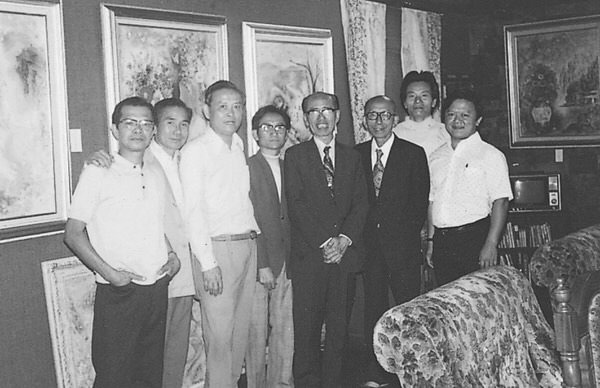 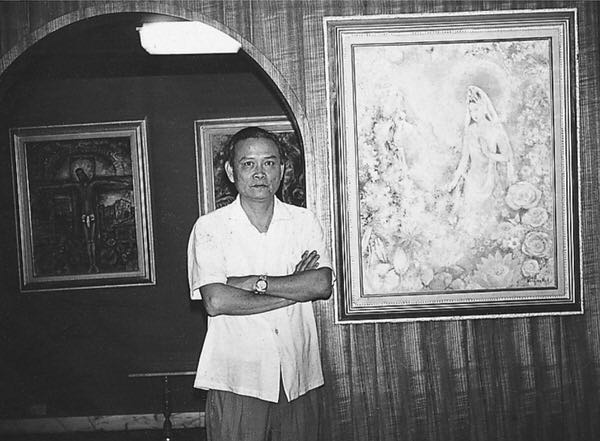 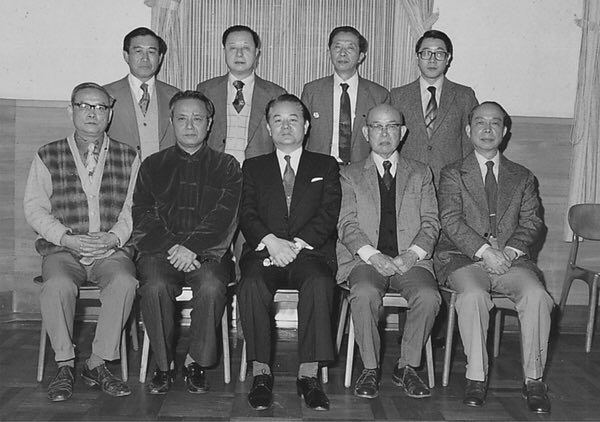 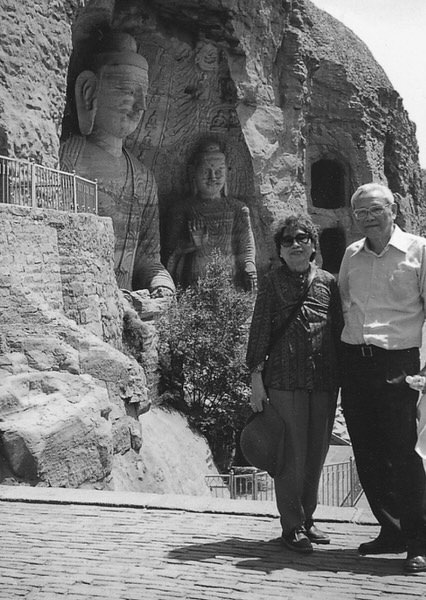 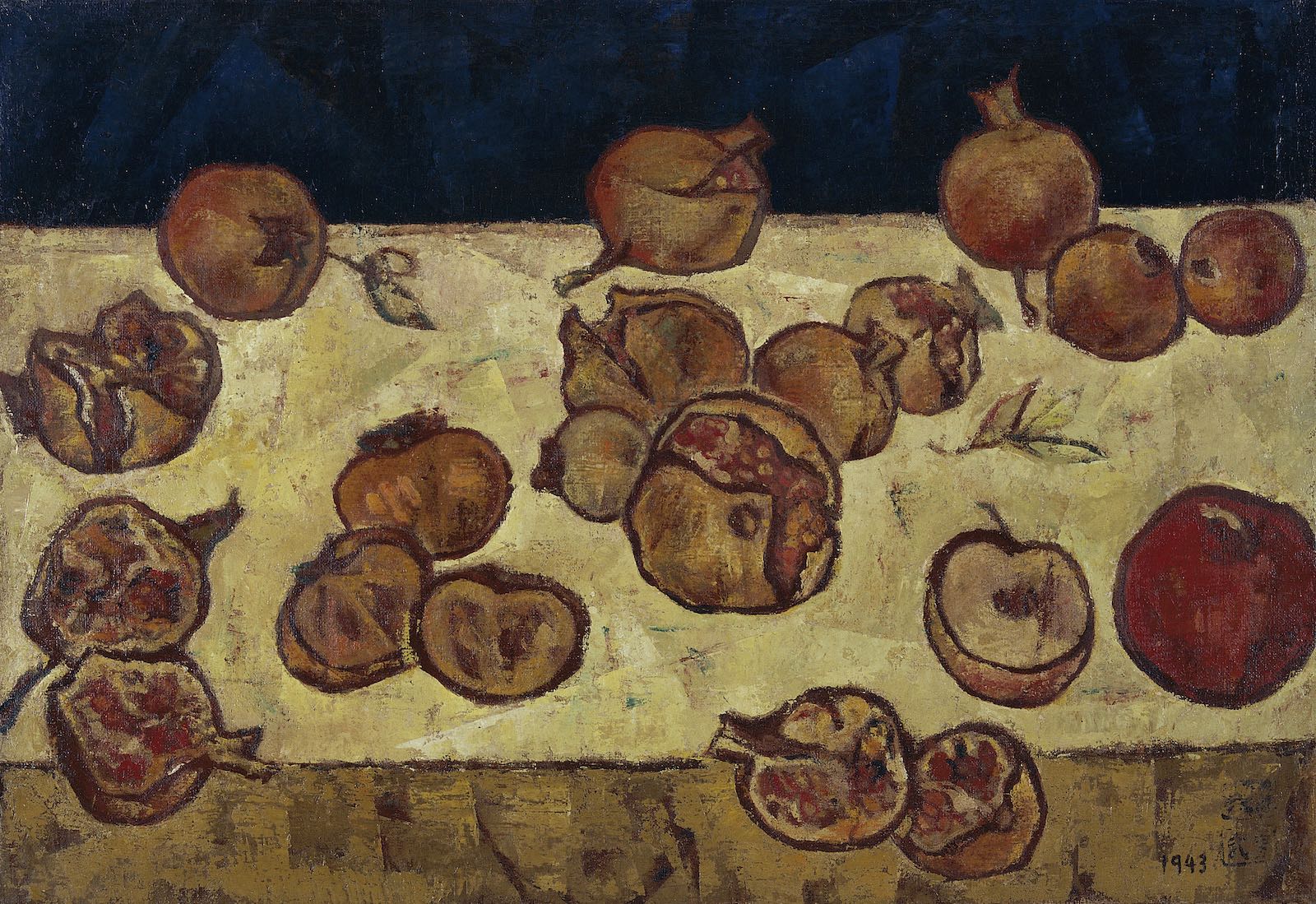 1942～1947 — Studying in Japan
‍
Compared to his high school days, during his time in medical school, Wu-Yung Hsu became more skillful in executing brush strokes. Structure of the painting is more complete, with the use of more conservative colors. 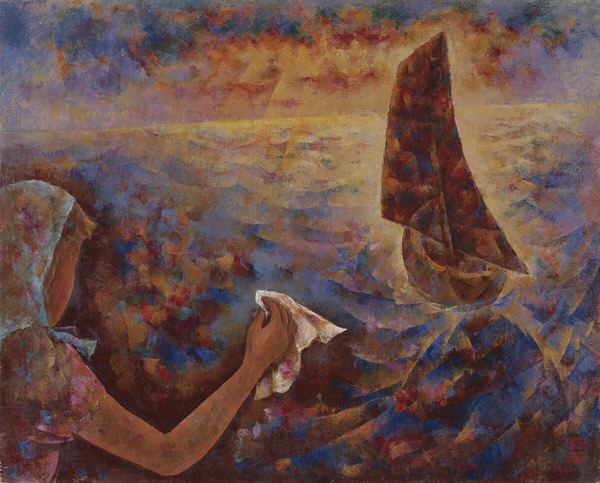 ‍
Compared to his high school days, during his time in medical school, Wu-Yung Hsu became more skillful in executing brush strokes. Structure of the painting is more complete, with the use of more conservative colors.
‍
‍

‍
This is a period of self-exploration. In addition to the experience gained during his studies in Japan, Hsu began to be influenced by Western painters such as Chagall and Redon. Paintings from this period tends to depict beautiful scenery rather than the realities of life. His paintings skills are quite solid, but he is still figuring out his own style. 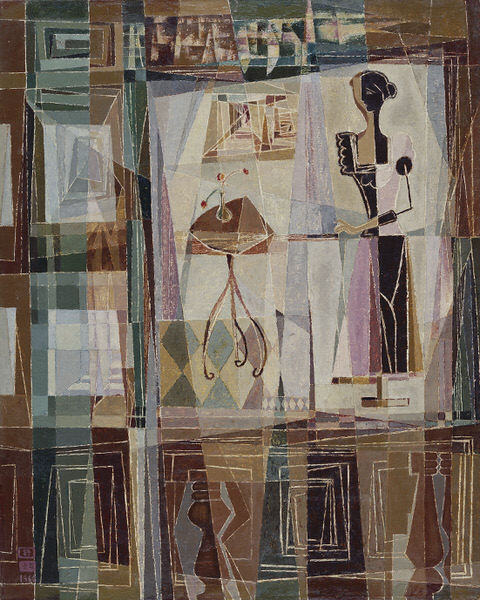 ‍
Hsu began to experiment with Cubism style in high school. His earlier attempts were partial segmentations. Then beginning in 1954 and the following fifteen or so years, he studied Cubism more thoroughly and perfected his skills. He also combined different styles of painting with Cubism.

This period is Wu-Yung Hsu's golden age in Cubism, where he demonstrated his "analytical Cubism", a method in which he deconstructed and reassembled objects by segmentations.

After 1968, instead of the strong Cubism style, Hsu only preserved the process of segmentation in the painting. Hsu wanted to use Cubism to express romantic sentiments, but found the rational style of geometric composition constraining and difficult to express his emotions more freely. 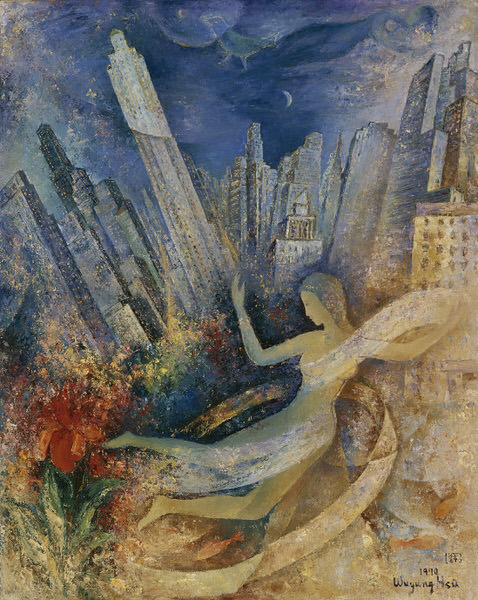 ‍
Wu-Yung Hsu began to move away from Cubism style, and experimented with Brutalist brushstroke and Surrealism. Ultimately, he realized that it was impractical to completely get rid of his past painting style. What is important is how to pick out what he needed from these different styles.
‍
Hsu proposed the term "Romanticism" (羅曼主義) as the representation of his painting style. He believed in expressing "romantic" ideas in paintings to achieve his ideal.

The so-called "romantic" is actually the artist's portrayal of life's beautiful ideals and yearnings. These included his memories from travels, religious feelings, beautiful fantasy, and the essence of Oriental cultures. 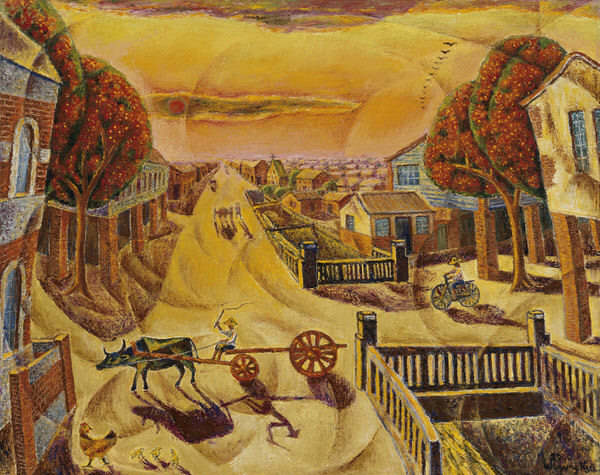 ‍
After retiring in 1987, perhaps due to growing older and undergoing cancer surgery, Hsu began to paint more paintings on Taiwan local scenes. Many of these portrayed his memories of childhood and hometown, and other local folklores and customs.

In a sense he lamented the passage of time. These later years paintings on life in the rural village utilized collages of his common motifs from his artistic career.
‍
‍